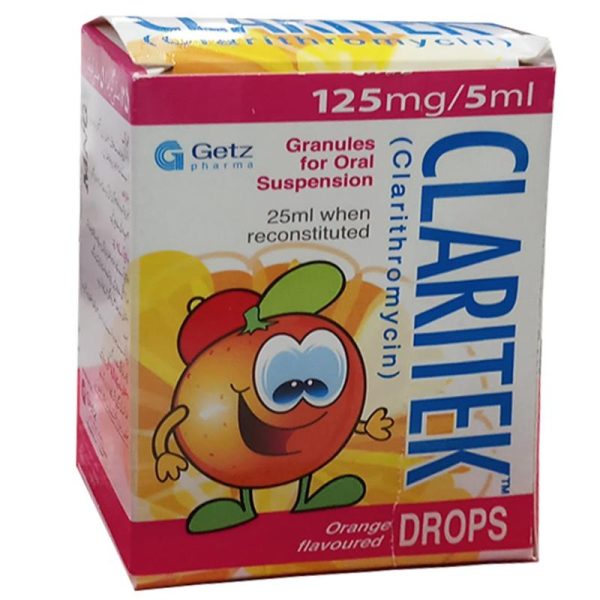 Claritek Drops (25ml) is used in lower and upper respiratory tract infections, Bronchitis (inflammation in lungs), skin and soft tissue (muscles, tendons, ligaments etc) infections. It is used to treat certain bacterial infections, such as pneumonia (a lung infection), bronchitis (infection of the tubes leading to the lungs), and infections of the ears, sinuses, and throat .

Some patients might experience stomach upset, Paraesthesia (tingling sensation due to nerve damage), Stomatitis (inflammation of mouth or lips), or Glossitis (inflammation of tongue). Diarrhea, nausea, vomiting, headache, and changes in taste may occur. If any of these effects persist or worsen, tell your doctor or pharmacist promptly.

Clarithromycin is contraindicated in patients with a known hypersensitivity to clarithromycin, erythromycin, or any of the macrolide antibacterial drugs

Be the first to review “Claritek 125mg Drops” Cancel reply